How can we say thank you to a people who have given so much of themselves to our world? From traditions, legends, ways of life, knowledge and culture, we have gained a wealth of heritage from American Indian and Alaskan Native tribes. It would seem that there is no way grand enough to say thank you for the priceless contributions this community has given, and so Native American Heritage Month will have to do. 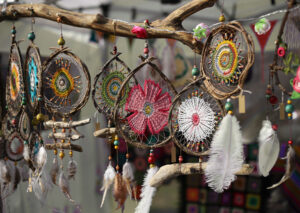 What is Native American Heritage Month?

Native American Heritage Month was first federally recognized in the United States in 1990, but that is not when it was first celebrated. Recognizing American Indians and Alaskan Natives is a tradition that we are proud to carry on. This is a time not only to celebrate the intrinsic cultural contributions of American Indians and Alaskan Natives, but also a time to reflect and reckon with the past. Native Americans have historically been treated with an arbitrary cruelty and lack of respect. From the beginning of European colonialism all the way through the boarding school era (ending recently in the 1960s) to the modern racism of today, there has been an undue amount of disrespect that they have suffered.

Oftentimes a lack of awareness of these injustices can perpetuate indifference or incredulity towards the events that actually transpired. This incredulity can lead to a lack of compassion and connection with American Indians and Alaskan Natives. This is why it is so important to educate, raise awareness, and honor them for what they went through. Native American Heritage Months seeks to do just that, all while building connection to their culture. 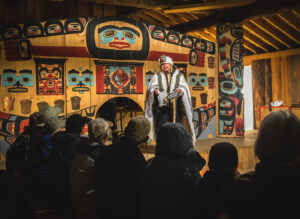 So how do we turn the tables on these indifferences? Creating connection through culture is an extremely powerful tool in binding us all together in humanity. We can all relate to traditions growing up with our families no matter where we are from or what background we identify with. Storytelling is a universal theme and beloved by many, so by simply listening more than we talk, we can gather so much appreciation for their heritage.

The incredible knowledge that Native Americans have of this land, the plant identification, topography, climate and more have contributed to societies beyond their own and really have blessed the whole world. Let’s take a look at some of the contributions that are a part of our lives today so that we can understand their cultural impact.

“Tell me and I’ll forget. Show me and I may not remember. Involve me, and I’ll understand.” – Native American Proverb 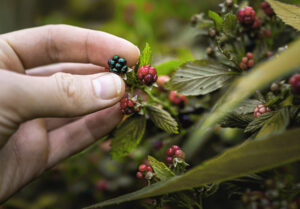 What We Have Today – Medical Contributions

3. Syringes – Using animal bladders and hollow bird bones, Native Americans invented a device to inject medications into the human body, a technology that didn’t show up in European medicine until the mid-1800s.

4. Topical Pain Relievers – Native Americans were pioneers in pain relief. They were the first to use jimson weed and other plants as a topical pain reliever for external cuts and bruising.

5. Anesthetic and Aspirin – Jimson weed was also used by healers to help set broken bones by having the injured ingest the weed. Other medical findings were to utilize the salicin compound found in black willow bark to brew a tea that has the same benefits as our modern-day Aspirin.

6. Mouthwash – Goldthread (Coptis trifolia) is a plant native to the Adirondack Mountains and has been used by Native American tribes to treat mouth and throat soreness and oral pain. They discovered that the rhizome and roots have antibacterial properties. This idea of mouthwash is a contribution our dental providers are certainly grateful for. 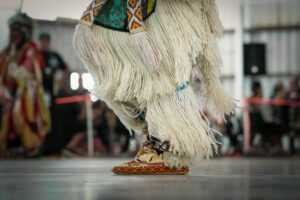 Other Contributions that We Love

Have you ever gone on a road trip into the mountains and crossed a cable suspension bridge on the way to your campsite where you setup your hammock before paddling your kayak on the nearby lake? Have you ever used a baby bottle (chances are if you were ever a baby, this is highly likely) with a rubber mouthpiece? Have you ever donned goggles to tear down a mountain on your snowboard or protect your eyes in a chemistry class? All these bolded words and more are invaluable gifts from Native Americans and Alaskan Natives.

The contributions of Native Americans don’t stop there, however. Today, they continue to impact a huge part of Science, Technology, Engineering and Mathematics and even the U.S. Space Program. Northern California Wailacki tribal member, Nicole Aunapu Mann, made history on October 5th 2022 as the first Native American woman to traverse into space on the NASA SpaceX Crew-5 launch enroute to the International Space Station. Assistant Research Scientist and Navajo Native, Nikki Tulley, is using NASA satallite imagery to solve issues of climate change and drought. We could go on and on. 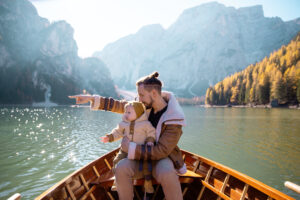 Regardless of when the contributions happened, past or present, there will continue to be more in the future. We can get involved in Native American Heritage Month by listening to their stories, getting involved in their craft and culture, supporting them in their endeavors and appreciating how they have molded our world and continue to do so. And last but not least, remembering what they have been through and have given us despite all past mistreatment.

As a healthcare provider that is a part of IHS’s mission of advancing healthcare equity for Native Americans and Alaskan Natives, we are proud to give back in this way to their community. Learn more about Native American Heritage Month and how you can get involved at www.nativeamericanheritagemonth.gov.