While our human minds are complex, and displaying a full range of emotions is very healthy, there is a line that the mind can cross which can lead someone into an unhealthy state of thought and being. Monday, October 10th, is World Mental Health Day and this past week, Oct 3rd – 7th, was Mental Illness Awareness Week. At such a time, we want to bring to light some facts about mental illness and mental health. 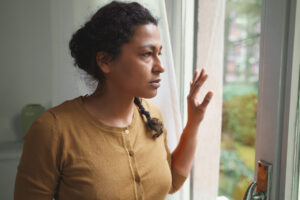 With up to 50 million adults in the United States experiencing some form of mental illness and only less than half of that number receiving treatment, we have a crisis at hand. That’s not including children, with 1 in 5 youth carrying the weight of a mental illness and 1 in 10 children being diagnosed with serious depression.

These illnesses are not always easily seen by family, friends and coworkers of those suffering. We live in a time of pandemics, social isolation, social media and discrimination. Each one of which can be a major cause for depression and other mental illnesses. Suicide is the second highest leading cause of death in the world for people between the ages of 15 and 29 years old. 41,000 deaths by suicide occur each year within America. With more information about these illnesses, we as a society can provide better care and understanding. 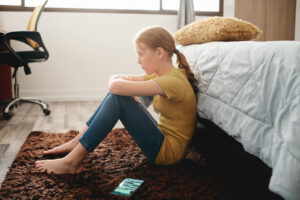 “Mental illness” is a term that has a lot of stigma wrapped around it. The truth is that there are many different kinds of people who harbor many different kinds of mental illnesses at different levels. Compassion is key to helping those through these struggles, not alienation or isolation. The variety of forms that mental illness comes in does vary greatly. Illnesses under this umbrella include but are not limited to: Anxiety, Depression, Bipolar Disorder, Disassociation, Eating Disorders, OCD, PTSD and Paranoia. Here are some facts to break the stigma.

1. The majority of people with a mental illness are nonviolent – Only 3-5% of violent acts can be pointed to someone with a severe mental illness.

2. There are multiple factors that lead to mental illnesses – Having a mental illness does not have to be the person’s fault. Factors such as genetics, traumatic events or experiences, and physical injury or illness can all play a role in causation.

3. Most people with a mental illness lead productive lives despite their illness – Employers of people with mental health problems report good attendance, motivation, and work ethic. 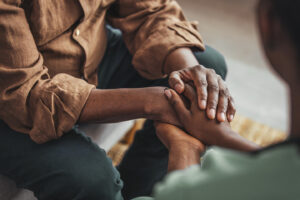 The purpose of World Mental Health Day is to have a day of global education, awareness raising, and stigma crushing. It was first celebrated by the World Federation for Mental Health, an NGO that was founded in a time alongside the WHO (World Health Organization) and the UN (United Nations), in 1992. Since then, thousands around the world observe this day every year to continue the message and promote compassion for individuals with mental health issues.

Mental Health Awareness Week was nationally founded in the US in much in the same vein as World Mental Health Day. First observed in 1990 when Congress established the first week in October to be dedicated to this awareness, this week has continued to bring national attention to the hidden crisis that plagues so many Americans. Opening up the conversation about this topic year after year can help with prevention and how we care for one another. 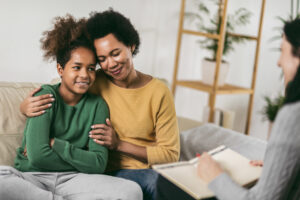 Another stigma tied to mental illness is that there is only one answer to treatment; medication. Medications are just one way to treat mental illnesses and it is all determined by a healthcare professional about what treatment may be right for each different case. Here are other treatments that people suffering from mental illness may receive without the use of medication.

1. Yoga & Meditation – Yoga and meditation practices can increase a chemical in the brain called gamma-aminobutyric acid which is known to boost your mood and decrease anxiety.

2. Sandbox Therapy for Children – Gaining popularity in treating mental illness in children; giving children sand, toys, water and other small objects to create their own miniature world to reflect their inner world has shown outstanding results in mental health for kids.

3. Support Animals – Dogs and cats bring down anxiety in humans according to scientific studies. They can also help in reducing feelings of loneliness that cause depression and anxiety. Trained service animals can also perform functions in helping their owners with their behaviors.

3. Cognitive Behavioral Therapy & Talk Therapy – CTB (Cognitive Behavioral Therapy) creates situations which allow the person suffering from mental illness to grow and challenge their mind. Examples of this can include anything from journaling to exposing themselves in small doses to a certain phobia. Talk Therapy is one-on-one or group sessions with a mental health professional to help a person identify their emotions, thoughts and behaviors. 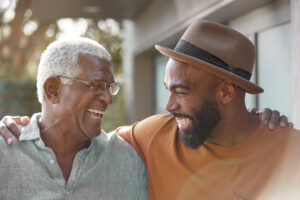 If you or someone you know is suffering from a mental health illness, call a provider for information on what treatment is needed. If you or a loved one is in crisis, call Suicide and Crisis Lifeline at 988, the National Suicide Prevention Lifeline at 1-800-273-TALK (8255), or visit California Mental Health Resources for information on local county hotlines.

Thank you for reading this far and contributing to Mental Illness Awareness Week. There is always hope on the horizon for those suffering from mental illness. With holidays like these, we can further understand how to support those around us and break the stigma.